After seeing the GI Doctor on the 4th I was pretty bummed. I have expressed that I don't want to have another surgery. I guess the one other option at this point is that I might have an internal hernia. I made the decision that day that I don't want to have another surgery so I decided that I will just deal with the pain. I know I do have a super high pain tolerance but seriously the just deal with it plan isn't gonna work.

I know I talk in the blog about the pain but I don't recall if I have ever expressed what "the pain" really is. It started a few months back. When I would eat it would hurt about 20 minutes after. I had this consistent burning, gnawing sensation all the time. The first time I told Dr. T about this I was put back on PPIs and given carafate to help my stomach heal...possible ulcer?! It didn't help so he ordered yet another CT scan...I swear I've had like 5 since my WLS for various reasons. The CT scan showed zip, zero, nothing...they never do!

Next step was the GI Doctor who basically doesn't know whats wrong with me and now the pain has changed. I don't need to eat to be in pain. It just shows up on its own. It wakes me up at night. I just want someone to have an answer, an easy fix. I am starting to think its in my head. I am a very black and white kind-of person and all these tests show that nothing is wrong...so in my mind it must be in my head....right?

Maybe its stress I don't know. I don't know what to do at this point. I don't know how much longer I can live each day like this. I know eventually I will have to let Dr. T go in and look around but I already know whats going to happen....he isn't going to find anything wrong with me! I'm discouraged.

I do have one more option integrative medicine. Dr T's most amazing nurse ever B had suggested it before but I sort of laughed it off. I talked to her this past Monday when she came back from vacation and she said it again so I agreed to give it a try. I am willing to try anything at this point and I trust her opinion so maybe just maybe it might help. To me exploratory surgery is my LAST option besides work is a mess right now and I cant take time off...remember I am a work-a-holic too ;-)

Oh and I'm going to see the Psychologist who I did my pre-op consult with Monday...maybe it is in my head or maybe just maybe something is going on in my old tummy? <------which is what I think it is :) 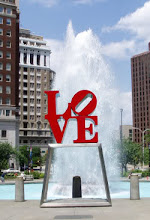